Plenković: We will amend reconstruction law and speed up process 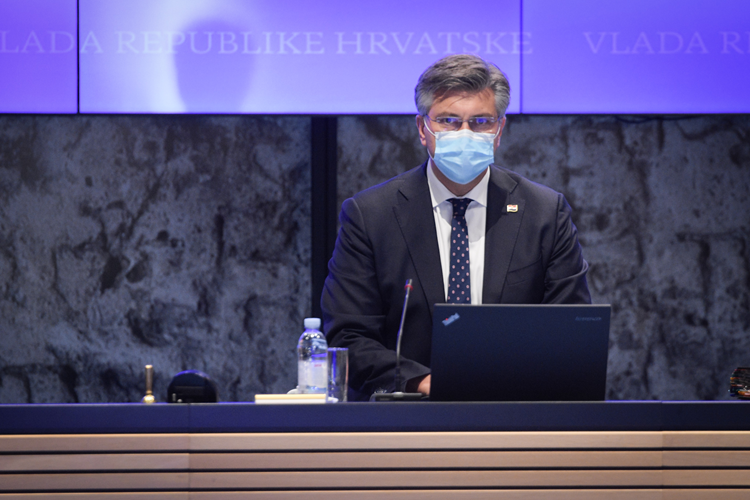 (Hina) - Prime Minister Andrej Plenković said on Monday that the post-earthquake reconstruction would speed up, announcing that if necessary, the Reconstruction Act would be amended, and underscored property-rights relations were the biggest problem in the reconstruction process.

Construction and State Assets Minister was tasked with preparing a plan for possible amendments, Plenković said, adding that he expected a report next week on how to change the details that were possibly slowing down the reconstruction process and thus accelerate it.

"Those are our fellow citizens' expectations, and it is ultimately our obligation, as the state and the government, to help," he said after chairing a meeting of the task force dealing with the aftermath of last year's earthquakes in Sisak-Moslavina, Zagreb and Karlovac counties.

I expect the entire process to accelerate, and the government will work with all partners in this process to support that, the prime minister stressed, adding property-rights relations are the biggest problem in reconstructing damaged property.

"Now that we have identified all those bottlenecks, we will make it right, and the process will speed up," he said.

Asked whether the fact that the reconstruction hadn't started yet and citizens were complaining because many would spend another winter in temporary accommodation was defeating for the government and the state, he said the reconstruction would take time and no one promised quick solutions.

He rejected the objections that the state had practically not built a single house in Banovina, saying that 400 houses had been built and 180 were under construction, while tenders for about 4,000 houses would be advertised in September.

He did not agree with the claim of Damir Vanđelić, the director of the Fund for Reconstruction, that the Ministry of Construction and State Assets was the "bottleneck" in the reconstruction process.

He reiterated that if necessary, they would amend the reconstruction law based on an analysis and arguments that pointed to that.

Horvat to propose solutions to government

"The entire process should become more dynamic, and that is the task of Minister Horvat. He will propose solutions to the government, and it will propose them to the parliament," Plenković said.

The prime minister began his visit to Sisak-Moslavina County in Sisak, where he met with county prefect Ivan Celjak, with whom he talked about activities for the normalisation of life and problems slowing down the reconstruction.

After the meeting, he went to Glina, where he visited the Glina Secondary School. He ends his visit to the county at the ceremony marking the International Day of the Disappeared and Remembrance Day for persons gone missing in the Homeland War.