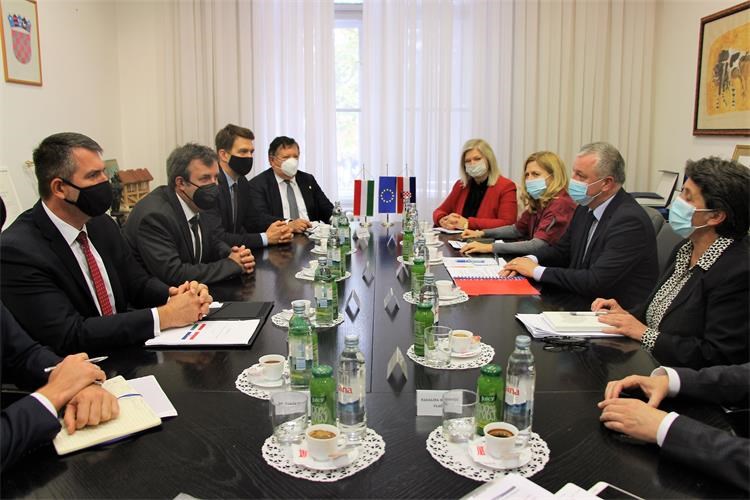 Minister Horvat thanked the Hungarian government for the assistance provided in the alleviation of consequences of the devastating earthquakes that hit Croatia in March and December 2020, praising the initiative to renew the First Primary School in Petrinja and the Church of St. Nicholas in Žažina.

Minister Horvat also presented information on the pace of reconstruction processes, financial resources and methods of implementation, pointing out that the priority of the state is to speed up the reconstruction process of the City of Zagreb and the Banovina region. He also praised the initiative of the Hungarian government, which organized summer holidays in Hungary for 400 children from the earthquake-affected area, thereby further strengthening the highly developed and good neighbourly bilateral relations between our countries.

The Hungarian side demonstrated understanding and made available the assistance of its companies, particularly those with experience in the reconstruction of public buildings that require a conservation approach to reconstruction.

We should also add that Hungary has been providing continuous support to the Republic of Croatia to join the Schengen Area and the OECD, and negotiations between the Croatian and Hungarian sides on Croatia's candidacy to take on the Management Body of the Cross-border Co-operation Programme between Hungary and Croatia (2021-2027) are under way.

Both sides agreed that in the forthcoming period it is very important to define and harmonise common strategic goals as clearly as possible, and in these terms we see an opportunity to continue quality and successful good neighbourly cooperation.