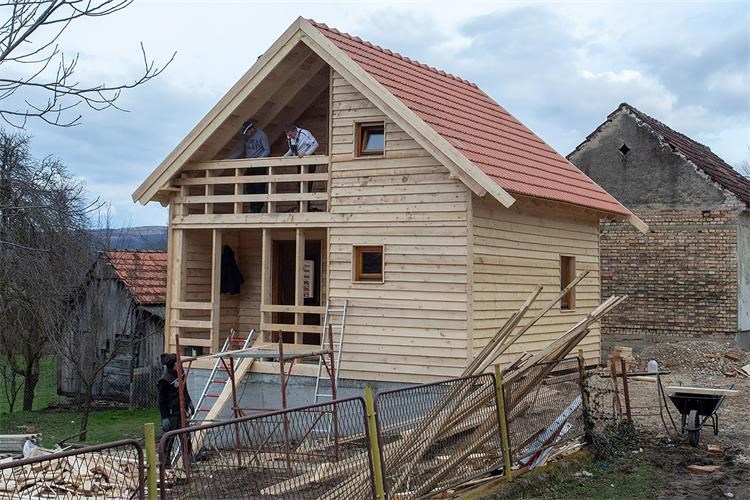 (Hina) - Post-earthquake reconstruction in Banovina has not stopped even once, 29 family houses are being built and next week the contractors for ten blocks of flats will be known, the head of the task force dealing with the aftermath of the 2020 earthquake, Tomo Medved, said in Petrinja on Saturday.

"At no moment has the reconstruction process been stopped or brought into question, despite all the circumstances caused by Russia's aggression on Ukraine," he told the press after a task force meeting which was attended for the first time by the new Construction Minister Ivan Paladina.

Medved said he was confident that reconstruction would intensify following Paladina's appointment and that citizens "waiting to return to their homes will be satisfied."

Paladina said he was detecting the obstacles to reconstruction and that they were being dealt with. Construction has begun on ten replacement houses and soon there will be 30, he added.

Sisak-Moslavina County prefect Ivan Celjak said the county had submitted 68 projects worth HRK 700 million to the Solidarity Fund, with 52 projects for the construction of 40 houses, 12 roads, 20 medical facilities, 11 schools and nine cultural facilities.

Asked by the press if a possible investigation into his previous activities was an aggravating circumstance, Paladina said he was focused on the work ahead.

Reporters asked Deputy Prime Minister Boris Milošević if he had become a burden to the post-earthquake reconstruction process due to a possible investigation into incentive allocations.

He said it was not a pleasant situation but that, as a public figure, he must be ready to deal with such a burden and that he would continue to contribute to the reconstruction process.