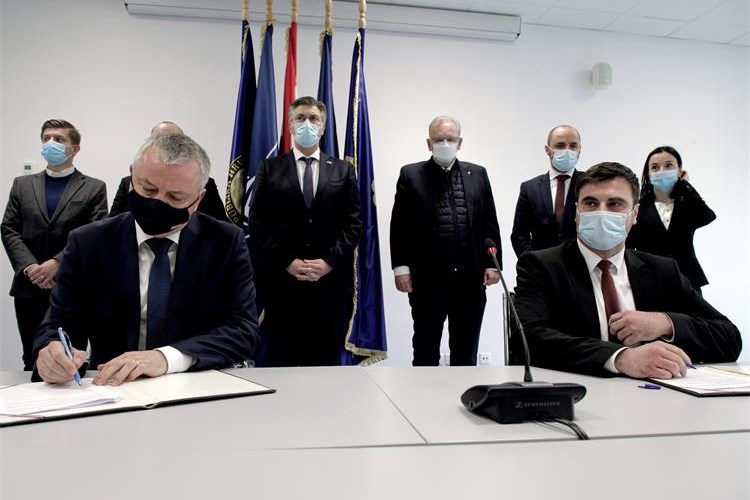 On the anniversary of the devastating earthquake that struck the Banovina area and by destroying homes changed the lives of the population, a session of the Civil Protection Headquarters for the remediation of the earthquake-caused disaster consequences was held in Petrinja on Wednesday, attended by Prime Minister Plenković, and after the session several contracts aimed at the revitalisation of the area were signed.

At the session of the Civil Protection Headquarters for the remediation of the earthquake-caused consequences a presentation was held on the earthquake consequences, the emergency measures undertaken after the earthquake, measures taken to assist citizens and the local community, invested financial means, reconstruction and plans for the economic, demographic and social revitalisation of Sisak-Moslavina County.