Croatian PM meets with European commissioner for budget and administration 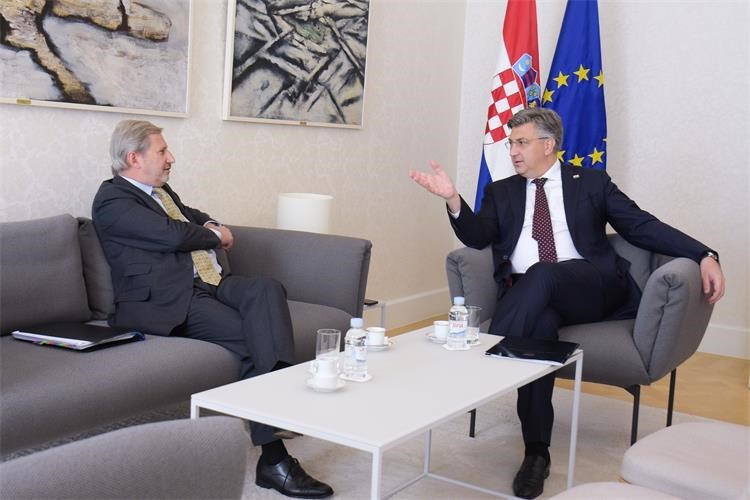 The European Commission announced earlier in the day that it had granted Croatia an extension of the deadline for using money from the EU Solidarity Fund (EUSF) for the repair of the earthquake damage until the end of June 2023, aligning the implementation deadlines for the earthquake that struck Zagreb in March 2020 and the earthquakes that hit Sisak-Moslavina County in late December 2020 and January 2021.

Thanking the Commission for accepting the arguments made by the Croatian government, the prime minister and competent ministers informed Commissioner Hahn of the steps being taken to accelerate the use of EUSF funding so that the allocation awarded to Croatia would be successfully used within the set deadline.

Also discussed were Croatia's plans to join the Schengen area and the euro area. Commissioner Hahn and the European Commission strongly support Croatia's ambitions, assessing that the country meets all the membership criteria, according to the press release.

Plenković and Hahn also discussed further EU assistance to and solidarity with Ukraine, the energy crisis as well as the economic and financial situation in Croatia.

The prime minister said that after a strong recovery in 2021, Croatia continued down the path of growth, public debt reduction and financial stability, as confirmed by international credit rating agencies.