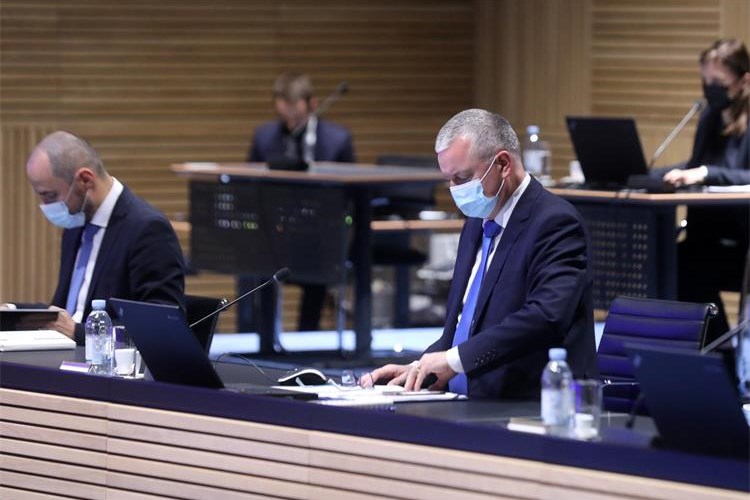 (Hina) - Twelve public calls will be issued today for the reconstruction of infrastructure and public buildings damaged in the 2020 earthquakes in the Banovina region of central Croatia, Construction Minister Darko Horvat announced at a cabinet meeting on Wednesday.

The public calls will be issued for the award of funding from the European Union Solidarity Fund to finance the damage caused by the devastating earthquakes that struck Banovina on 28 and 29 December 2020.

Reconstruction of infrastructure and public institutions

Based on a government decision of November 2021, an implementing system has been defined under which the Ministry of Physical Planning, Construction and State Assets has been designated the National Coordinating Body while seven relevant ministries will be in charge of implementation.

The 12 public calls will cover the reconstruction of buildings in the fields of education, cultural heritage, transport, telecommunications and healthcare, the provision of temporary accommodation, rescue services and clean-up services, and the remediation of erosion sites.

The funds will go towards the reconstruction of infrastructure and public institutions in the City of Zagreb and Krapina-Zagorje, Zagreb, Sisak-Moslavina, Karlovac, Varaždin, Međimurje, Brod-Posavina, Koprivnica-Križevci and Bjelovar-Bilogora counties.

According to available information, of the €240 million in incurred or agreed costs, almost €80 million has so far been expended on operations eligible for funding from the Solidarity Fund, while funds required for concrete projects identified in the earthquake-affected areas are projected at €760 million, Horvat said.