Minister Darko Horvat received an inaugural visit from H.E. Alan Bowman, the Ambassador of Canada to the Republic of Croatia 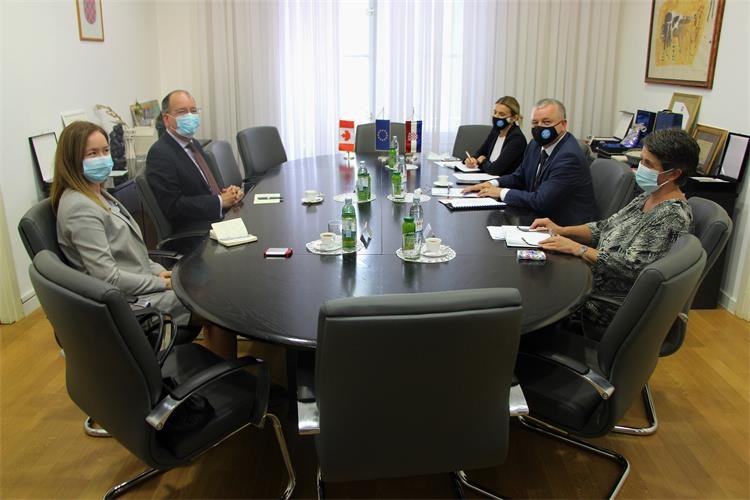 At the beginning of the meeting, Minister Horvat thanked H.E. Alan Bowman for the generous donations from Canada to the Republic of Croatia after the Zagreb earthquake in March and the Petrinja earthquake in December 2020.

The minister stressed that Canada is a great friend of the Republic of Croatia and the Croatian people, and that in this context the two countries have traditionally strong friendly bilateral relations.

An important link between the two countries are the numerous Croatian emigrants living in Canada.

Ambassador Alan Bowman expressed his satisfaction with the very good economic relations between Canada and Croatia and praised the activities of the Canadian-Croatian business network and numerous Canadian-Croatian associations and societies.

Both sides agreed that the Croats in Canada represent an important link between the two countries and a potential to promote future successful bilateral and economic relations.