Minister Horvat received a visit from H.E. Vasilj Kirilic, the Ambassador of Ukraine to the Republic of Croatia 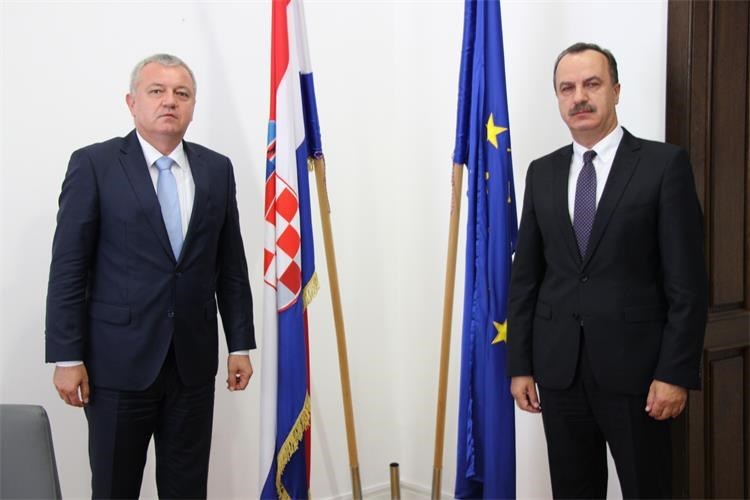 Darko Horvat, the Minister of Physical Planning, Construction and State property, received a visit from H.E. Vasilj Kirilic, the Ambassador of Ukraine to the Republic of Croatia.

Minister Horvat thanked the Ambassador for the initiative to organize the meeting and wished His Excellency a warm welcome.

Ambassador Kirilic thanked the Republic of Croatia for the continued support to Ukraine’s fight for independence.

He announced the marking of Ukraine's 30th anniversary of independence and the holding of the International Platform for Crimea on 23 August 2021 in Kiev, the attendance of which has also been confirmed by Prime Minister Andrej Plenković.

Minister Horvat presented current information related to the reconstruction of the City of Zagreb and the area of Sisak-Moslavina County.

The meeting was concluded with both sides expressing the desire for further development of Croatian-Ukrainian relations.