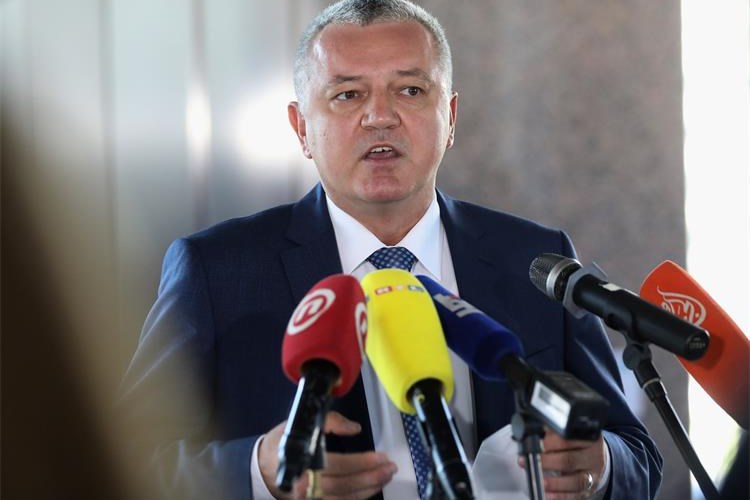 (Hina) - Physical Planning, Construction and State Assets Minister Darko Horvat said on Thursday that the Reconstruction Act and related regulations would definitely be amended to step up the reconstruction of earthquake-hit areas.

"It is difficult to say at the moment which elements will be changed but I have been pointing for some time to three key problems that are hampering the reconstruction process - determining the place of residence on the day of the earthquake, the large number of non-legalised properties that have been damaged and.... unresolved property-rights relations," Horvat said.

He said that this referred to all areas struck by last year's earthquakes, regardless of whether they are in the City of Zagreb or its surroundings, Sisak-Moslavina County or parts of Karlovac and Zagreb counties.

There are several different concepts of legislative changes that are currently being discussed with experts. "I would not want to offer a new or modified concept that would encroach on rights defined by other laws," Horvat said.

"We have to decide if the reconstruction law will be a law that will override other laws or if we will initiate changes to some other laws, such as the laws on ownership, Civil Protection, protection of cultural assets, etc." said Horvat.

Dealing with three separate problems in parallel not possible

Horvat dismissed claims that the existing law was difficult to implement even though he admitted that there were certain problems in its implementation.

An inspection of registers that are not within the remit of the state but of municipalities, towns and counties has revealed many shortcomings as regards information necessary to conduct reconstruction. When you don't have that information, reconstruction is not possible, said Horvat.