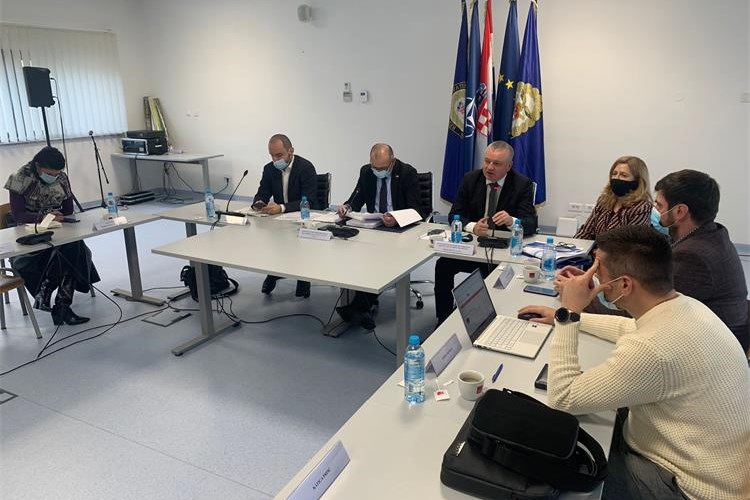 (Hina) - Contracts worth a total of HRK 215 million have been agreed to date for the reconstruction of the earthquake-struck Banovina region, a tender worth HRK 380 million is being prepared and a further HRK 250 million will have been agreed by the end of January, which is HRK 800 million altogether.

This data was presented at a regular meeting in Petrinja of the task force dealing with the aftermath of the 2020 earthquakes in the Banovina area.

The meeting was informed of the reconstruction process and a public call for the use of €319.2 million from the EU Solidarity Fund, the task force said in a press release.

Significant progress has been made in non-structural works on buildings and so far works have been agreed for 4,840 houses, of which 1,151 family homes have been renovated and 6,600 people have returned there.

Works are underway on 851 family homes while 608 are being renovated by their owners with government funding.

A new tender has been advertised for the reconstruction of an additional 1,200 houses, which will mean more than 6,000 altogether of the 8,193 applications received.

The task force announced that it will be signing agreements next week for the construction of the first 30 houses and by the end of January agreements for a further 90 will be signed while a new tender will also have been advertised by then for an additional 150 houses.

The task force informed mayors in earthquake-struck areas and representatives of state institutions of a public call for funding from the EU Solidarity Fund for the reconstruction of public buildings, mostly those concerning cultural heritage as well as energy and transport infrastructure.

A call was also issued for grants for the preparation of technical documentation related to the digital and green transformation.