Call for an Expression of Interest for the establishment of the right to build and usage of property in the location of KUPARI I, deadline: 10/3/2014 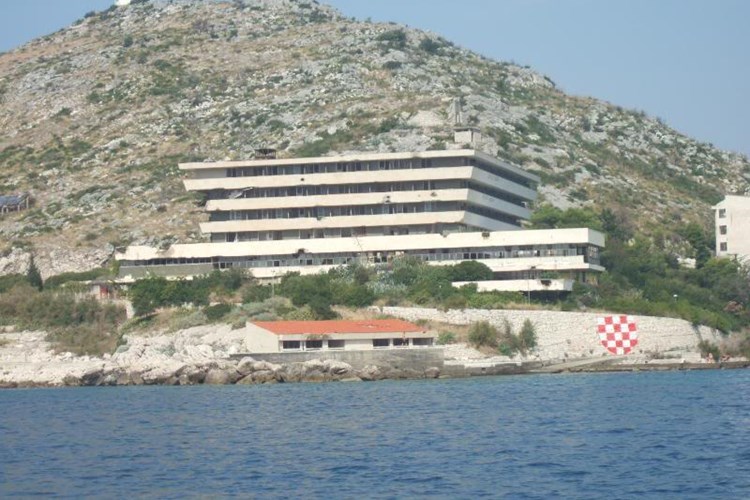 Based on the Decision by the Government of the Republic of Croatia regarding the start of the procedure of implementation of the tourism development project of Kupari in the location of Kupari I in the Župa Dubrovačka District, CLASS: 022-03/14-04/08, REF. NO:50301-05/05-14-3, dated 16 January 2014, the State Office for the Administration of Government Property announces:

SUBJECT  OF THE ANNOUNCEMENT  The subject of the Call for an Expression of Interest is: - the conclusion of a contract about the right to construct on land registry plots on which, according to the valid area plans, construction would be foreseen for a period of 99 years, and - the conclusion of a contract about the right of usage (right of enjoyment) on the land registry plots on which, according to the valid area plans, there would not be any foreseen construction for a period of 99 years, for property which is situated in the location of 'Kupari I' for the contruction and reconstruction of a tourist hotel complex.   DESCRIPTION OF THE PROPERTY The Kupari tourist hotel complex is the former army recreation centre in Kupari, District of Župa Dubrovačka, in the vicinity of the old town of Dubrovnik (11 Kms) and the international airport of Dubrovnik (16 Kms). At the beginning of the 1990s the whole complex was destroyed and from then on there has not been any investment in reconstruction of existing or building of new capacity. Today, a part of the complex (Kupari I) consists of five hotels which are not in use. The total capacity of all five hotels, located right by the sea, was 1,626 beds. All capacities are in a very bad state and require significant reconstruction or rebuilding from scratch. The space within the area, 'Kupari I', consists of a large number of land registry plots on some of which there are existing buildings which the most favourable bidder will be obliged to remove, or renovate, consistent with the compulsory regulations and regulations which relate to the protection of cultural monuments. A part of the property is in the process of being declared as a cultural asset, in the nature of which it relates to the former Hotel Grand and, for that building, there exists an obligation to adhere to prescribed conservation conditions which have been established by the authorised conservation body of the Ministry of Culture. The properties which comprise the complex, Kupari I, are made up of the former hotels, Kupari, Pelegrin, Grand and Goričina I and II together with their attendant contents. We make mention of the fact that the renewal procedure for formation of the Land Registry for k.o. Brašina, in which is situated the location of Kupari I, is underway. For property which is situated in a coastal zone, interested investors' attention is drawn to the fact that there will not be established the right of construction, nor the right of usage, but investors will be in a position to submit a request for the allocation of a concession consistent with the specific regulation.   CONDITIONS OF THE ANNOUNCEMENT

A letter with an expression of interest can be submitted by internal and foreign companies and physical persons.

Interested investors can request documentation relating to property in the location, Kupari I, electronically by e mail: projekt.kupari@duudi.hr. The request must include a copy of confirmation concerning the payment  of the charge for acquiring the documentation. The charge for acquisition of the documentation amounts to 15,000 Kuna, and is to be paid, in the equivalent of Croatian kuna at the official rate of exchange of the Croatian National Bank on the day of payment, to the account of the State Budget, number : IBAN:HR1210010051863000160, model 65, reference number: 7501-027-47359-OIB. Interested investors are to make a submission in writing, making known their expression of interest,  no later than 30 days after the announcement of the Call for Expressions of Interest. This shall be placed in a sealed envelope, clearly marked with the subject, 'Kupari I' and with the notice 'Do Not Open'  and sent to the following address:

The letter with an expression of interest in writing must contain the name of the interested investor and must be signed by a responsible person from the interested investor. With the letter, the interested investor must make known his professional competencies for the fulfilment and management of similar projects. The letter with the expression of interest and the accompanying documentation must be submitted in Croatian and may also be submitted in a foreign language, but along with an annexed certified translation in Croatian from an authorised court interpreter. It is essential to annex the following documents to the letter: 1) an extract from the court register for legal persons, and a copy of an identity document for physical persons respectively (a copy of a personal identity card or passport). 2) a declaration that the interested party is not undergoing a process of liquidation nor is insolvent, nor that any compulsory actions of administration have been imposed on it, nor bankruptcy or other similar actions, or actions which would indicate insolvency or suspension of business activities. 3) the latest available non consolidated and, where they are available, consolidated financial reports of the interested investors. Parties which are in the process of liquidation or are insolvent or being subject to compulsory actions of administration, bankruptcy or other similar actions or other actions which would indicate insolvency or suspension of business activities will be excluded from the procedure. Two or more parties which may function as a consortium (group of investors), or investors who, to this end, intend to establish an entity for special purposes, may, together, submit expressions of interest. In that case, documents annexed to the tender must be individually submitted for each of these parties or owners of the entity for special purposes. In the case of a group of investors each included party answers with solidarity for all obligations which are the consequence of the prospective acquisition of the right to build or the right of enjoyment respectively, (in so far as they are the acquirers). Every expression of interest should be delivered directly from the interested party or a representative of the interested party. The release of this announcement or receipt of any kind of expression of interest does not constitute any obligation on the part of the Republic of Croatia for the conclusion of a contract about establishment of the right to construct or a contract  relating to the establishment of the right of usage of property in the location Kupari I with any of the interested investors, nor can it constitute the basis for any kind of claim or the right of such a party that requests the fulfilment of any action whatsoever on the part of the Republic of Croatia on any grounds whatsoever. The Committee for valuation of bids in response to the Call for the expression of Interest and for follow-up of the further implementation procedure of the Kupari tourism development project, maintains the right at any time: (i) to relinquish the procedure of concluding a contract about the establishment of the right to construct and the right of usage, respectively, of property, (ii) to suspend the procedure initiated by this announcement or to change its conditions, (iii) to exclude any interested investor from the procedure, (iv) not to select one of the received tenders, for which no explanation for such a decision is required. Interested investors do not have the right to compensation for any kind of expenses in connection with producing and submitting a letter with an expression of interest. The Authorised Body of the Republic of Croatia is not obliged to call in interested investors on submission of their binding tender, nor is it required to conclude an agreement regarding the establishment of the right to build and the establishment of the right of usage respectively, or to make a concession with any of the interested investors. The interested investors do not have a right to request compensation for any damages from the Republic of Croatia on any grounds whatsoever.   OBSERVATIONS The regulations of the Republic of Croatia are applicable to this announcement. All information received will be treated in accordance with the statutory regulations so as to ensure the protection of the rights and privacy of interested parties. Information will be treated exclusively for the purpose of determining that the parties satisfy the above mentioned conditions for participation in the procedure for acquiring the right of building and the right of usage of property respectively. On termination of the procedure for renewing the Land Register, which is in progress, the State Office for the Administration of Government Property will carry out the procedure of the announcement for submitting the binding tenders. This announcement is being released on the web sites of The Ministry of Tourism, The State Office for the Administration of Government Property, The Croatian Chamber of Commerce and Jutarnji list. For all additional information interested persons may contact: